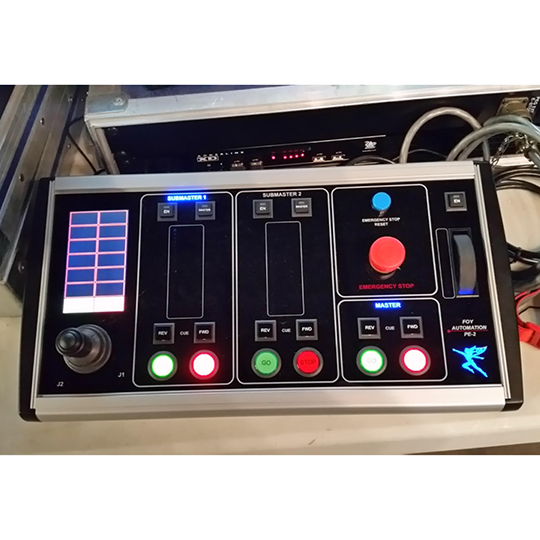 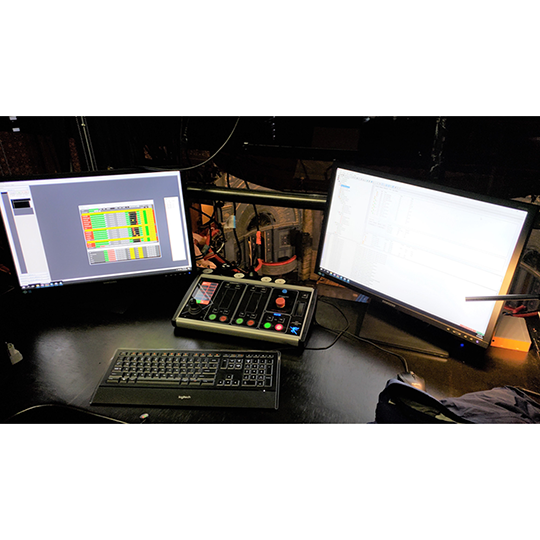 The system requirements call for the extension console to communicate to their Automation system via Ethernet.

Our solution was a control system that could process inputs from the various devices provided by the client and present the results using a custom application protocol using TCP/IP over Ethernet.

This means communicating with this device is as simple as opening a TCP connection to this device. The system also has a DHCP client and a default IP address. The DHCP client allows the extension console to either connect to a router or obtain an IP address. This IP address is what a PC trying to open a TCP connection uses to finds the console. In case a network is not present, the default IP address is used for communication.

One of the challenges that lead our customer consider outside help for this project was the capacitive touch slider. These capacitive touch sliders were replacing an analog slider and FOY required the ability to detect 255 discrete levels. Blue Sparq, was not only able to provide a solution for this but also went a step further and implemented the detection of

A double click allows the operator to move to a predetermined discrete level which is a handy feature in automation and control. With the swipe up, the user of the console would be able to touch anywhere on the slider and increment or decrement the levels moving the flying performer.

Certain regions of the panel such as the FOY logo, the names of the various sections are backlit, while the current levels of the slider were conveyed using indicator LEDs.

The client was really pleased with the final look and feel of the product delivered to them.